Hello. I have a problem with my fifa manager. It has crash in half time, crash after the match or something weird happend with menu in the game and main menu, menu in game becomes dark, in menu, white background pops in and after some time game crashes. I have installed fifa manager by instructions, also update, disabeled antivirus while installing, but still it is the same. I had played this game with update two, and no crashes, or weird menu bugs. Can you help me with this problem? Oh yeah, while playing with barcelona, after champions league draw, i got also runtime error. Can you explain why this bugs appear? If you need a screenshot i will post it later.
Haut 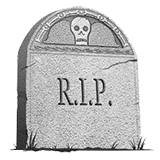 Did you install the update with administrators rights ?

Did you install other patch (graphics patchs or something else) ?

Did you exceed the limit of leagues when creating your career (pop-up warning !) ?
Because runtime errors generally appears when you have too many leagues selected in your career !
If it's the case maybe this can help => viewtopic.php?f=18&t=7120
Haut

I have installed update with administrator rights.

I have installed graphic badges and portraits.

I dod not exceeded limit of leagues although i run a patch which allows exceding number of leagues above limit.
Haut

So sorry i have no idea !
Haut